Dying in the Daylight 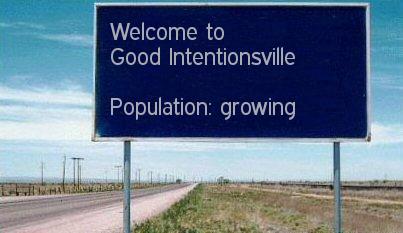 There is a saying in the entrepreneurial industry that ideas die in the daylight. What that means is someone will conceptually come up with a great product idea, but tactically they never implement it. The same can be said for the Christian walk.

As believers, we often make resolutions to study our Bibles, spend more time in our prayer closets, or share the gospel with a loved one, and yet the intention dies in the daylight. The reason that happens is we saturate our plan with human effort instead of heavenly grace:

“But everyone who hears these sayings of Mine, and does not do them, will be like a foolish man who built his house on the sand: and the rain descended, the floods came, and the winds blew and beat on that house; and it fell. And great was its fall.” (Matthew 7:26-27)

Spiritual failure is one of the Christian’s greatest enemies; it is one of Satan’s greatest accusatory weapons. Particularly damaging is when we fail publicly. The fall from grace is tragic when a well-known pastor is found to be living in sin.

Our public sins rightly display us as hypocrites to the unbelieving world, yet it does not diminish the truth of the Bible. In fact, our failures as Christians are well documented in Scripture. The victory is found in those who return through the road to redemption.

However, not all our public failures are caused by sin. Many times, we fail publicly because we have little faith and approach kingdom work in our own power. Jesus’ disciples tried to heal an epileptic boy and failed, so the father brought him to Jesus. After Jesus healed the boy, the disciples asked Him why they couldn’t cast out the demon:

“So Jesus said to them, ‘Because of your unbelief; for assuredly, I say to you, if you have faith as a mustard seed, you will say to this mountain, “Move from here to there,” and it will move; and nothing will be impossible for you. However, this kind does not go out except by prayer and fasting.’” (Matthew 17:20-21)

Another saying found in common vernacular is “mind over matter.” This saying actually first appeared in the study of evolution. In psychology, it is used to describe paranormal phenomena.

In Christianity, properly applied it can help each of us to persevere in the day so our good intentions do not die. That will only happen if we start out the day properly prepared:

“Therefore gird up the loins of your mind, be sober, and rest your hope fully upon the grace that is to be brought to you at the revelation of Jesus Christ.” (1 Peter 1:13)

The Apostle Peter gives us three steps we can take tactically to survive in the sunlight. First, we must strengthen our minds against the will of the world. Not only does the world system war against our Christian walk; so do our former lusts.

Satan is a master at tempting us with old fleshly weaknesses to keep us off track and eventually discourage us. We must “gird up the loins” of our minds.

Second, we are to be sober. Does that mean no alcohol? In one context, I believe it does, but that’s an argument for another day (I say argument because some of you will want to argue: don’t!).

The Greek word for “sober” is nepho and it means to be vigilant or watchful. We must remind ourselves that our failures and the temptations of this world are only temporary.

How do we do that? That’s the third step.

Our hope and salvation is not in our good works. It is in the substitutionary work of Jesus Christ on the cross. It is God’s grace that saved us, and it is His grace that sustains us today. If I depend on anything but the grace of Jesus Christ, I will not only fail, but I will also eventually give up.

In other words, my good intentions in die in the daylight.

It’s way past time to stop dying in the daylight.

Cry out to Jesus right now, seeking first salvation and then sanctification.

Go to Him now. Do it while the day is young.