The Unbecomingness of Worldly Ambition 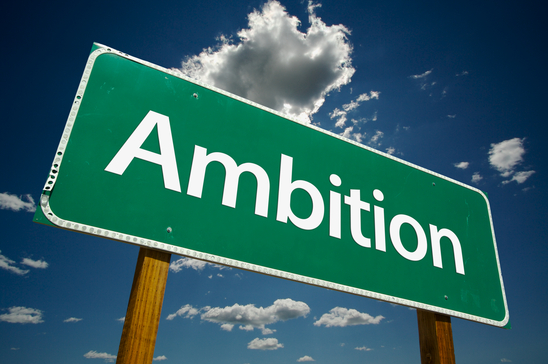 “You call Me Teacher and Lord, and you say well, for so I am. If I then, your Lord and Teacher, have washed your feet, you also ought to wash one another’s feet. For I have given you an example, that you should do as I have done to you. Most assuredly, I say to you, a servant is not greater than his master; nor is he who is sent greater than he who sent him. If you know these things, blessed are you if you do them.” (John 13:13-17)

The goal of worldly ambition is greatness at some level, regardless the prize. However, our Lord and our King was the greatest to ever walk this earth, and yet He displayed contrary behavior to worldly ambition. Jesus was and is a King; He could command anything, and yet He washed His disciples’ feet.

No Christian is exempt from the temptation to be greatest among other Christians. We love our degrees and programs in which we serve. We love being on church councils and being Bible teachers. If that love is motivated out of anything other than glorifying God, then it is a worldly ambition.

We could say the Disciples should not have experienced such temptation. After all, they were with Christ and they knew they were among greatness. Nevertheless, the temptation attacked even them:

“Now there was also a dispute among them, as to which of them should be considered the greatest.” (Luke 22:24)

Now you would have thought that a dispute like this might not happen until after Jesus had ascended into heaven. We shouldn’t be too hard on the Disciples though; some people begin fighting before they leave the church parking lot after church service.

Sometimes our parents’ ambition for us can lead us down paths that we do not wish to travel. The pressure to please our parents can be intense; it can morph us into someone we eventually do not recognize. It can also cause our parents to act in shameful ways:

“Then the mother of Zebedee’s sons came to Him with her sons, kneeling down and asking something from Him. And He said to her, ‘What do you wish?’ She said to Him, ‘Grant that these two sons of mine may sit, one on Your right hand and the other on the left, in Your kingdom.’” (Matthew 20:20-21)

As you finish this account, you will find that the brothers James and John were not embarrassed by their mother’s request. They said they were up to the task their mother unwittingly sought for her sons. Jesus even acknowledged that they would experience that which Jesus did. However, Jesus let them know that her request was beyond His authority. That must have come as some surprise.

Notwithstanding, the other ten disciples were not very happy with James and John and what had just happened. Worldly ambition always ends in strife. Jesus knew what destruction worldly ambition could cause and He went so far as to teach that if your right eye, hand, or foot caused you to sin, to remove it.

Now Jesus was not recommending self-mutilation, but He was teaching that our sin is more destructive to our soul than removing a body part. Commenting on the Disciples’ dispute, Matthew Henry writes:

“How unbecoming is the worldly ambition of being the greatest in anyone who is a follower of Jesus, who took upon him the form of a servant, and humbled himself to the death of the cross! In the way to eternal happiness, we must expect to be assaulted and sifted by Satan. If he cannot destroy, he will try to disgrace or distress us. Nothing more certainly forebodes a fall, in a professed follower of Christ, than self-confidence, with disregard to the warnings, and contempt of danger.”

Dear believer, if you want to be great, then become a servant for Christ. Instead of looking for what a church has to offer you, seek what you can offer to the church.

If you are not a follower of Christ, then you must first come to understand your need for Jesus. You may have deluded yourself into believing your life right now cannot get any better. Even if that were true, your worldly ambitions will not accompany you into eternity.

Regardless our standing with Christ, we all need a new heart that results in a desire to be least among the greatest. All that matters is Christ, and Him glorified.